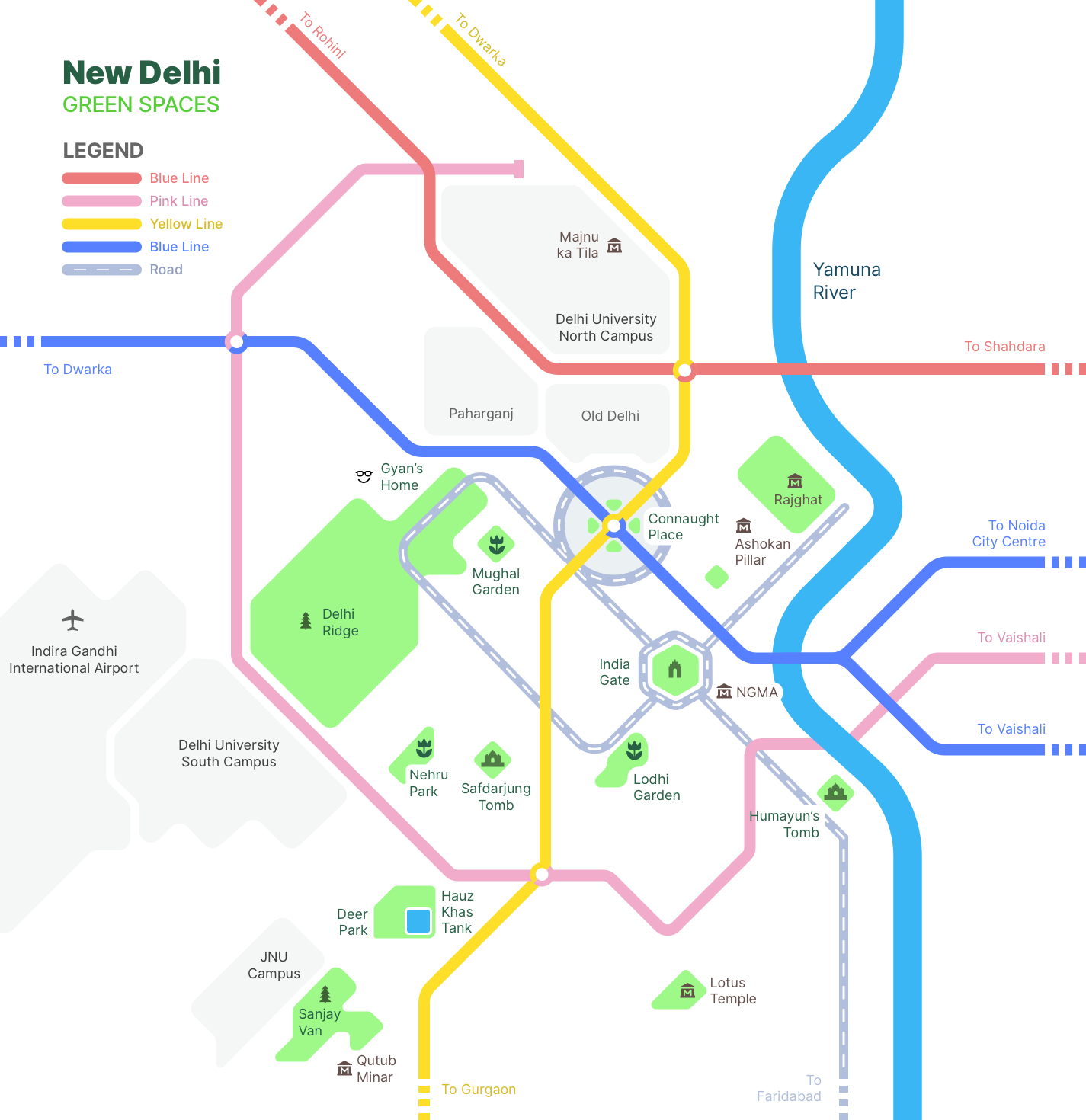 I made this schematic map during a data visualization course at IDC School of Design. A schematic map is not drawn to scale, and omits irrelevant details in favour of simplified elements that convey a key idea. A famous example is Massimo Vignelli’s schematic map of the New York subway.

I started the exercise by looking at New Delhi on Google maps. I have lived in Delhi all my life, and so when I zoomed out at a city level I could see markers of places that I’ve added to my map over the years - friend’s houses, a nice park, the bus stop near my college, an exam center. It was a little nostalgic. 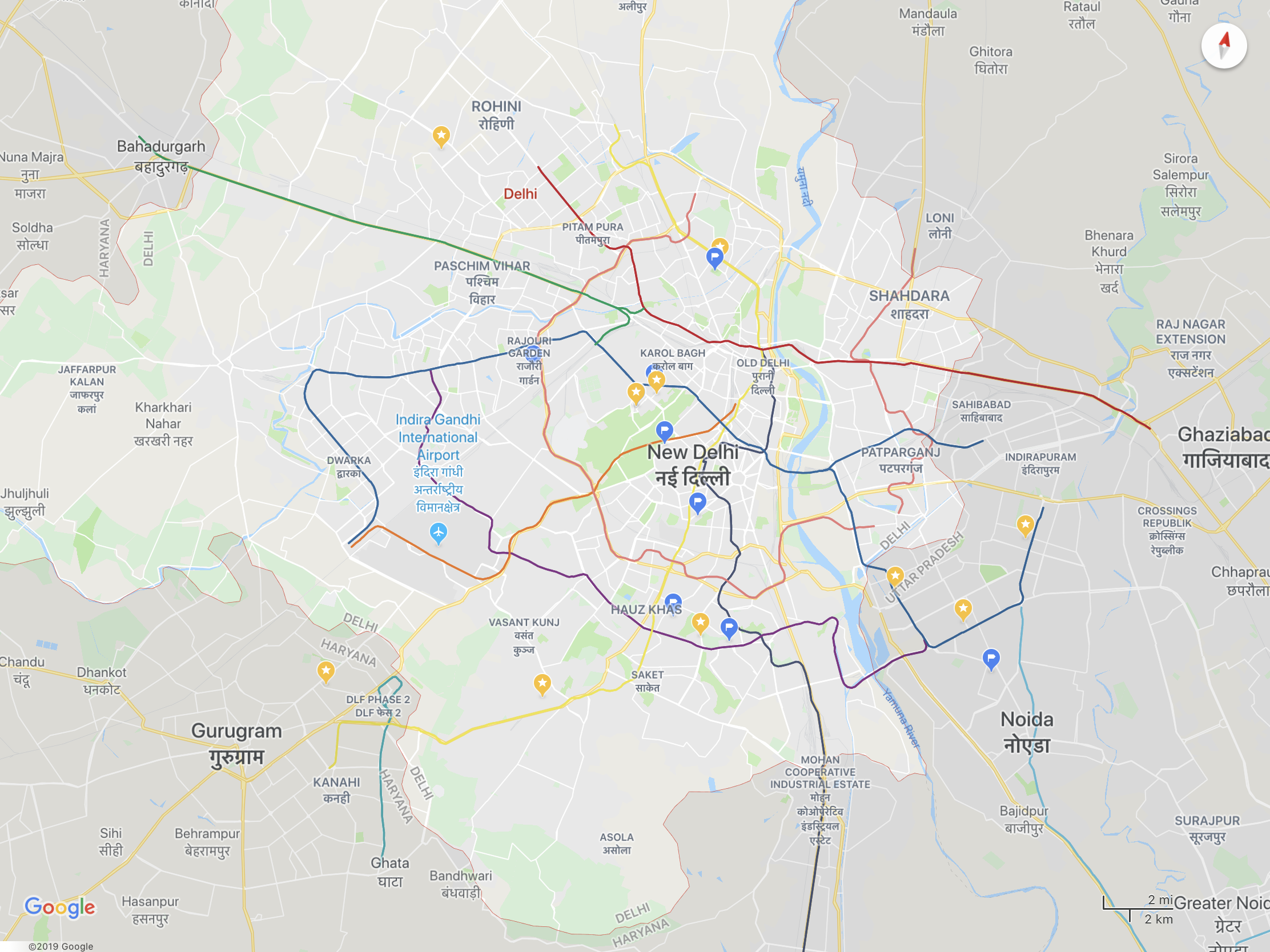 I traced the Delhi Ridge forest and the Yamuna river to ground the map in two of the larger natural features of the city, and marked dots for parks, gardens, forests and some of the places of interest that I like and recommend to people. I also marked the larger areas surrounding Delhi, so I could take a call on how much of them to represent or not represent. 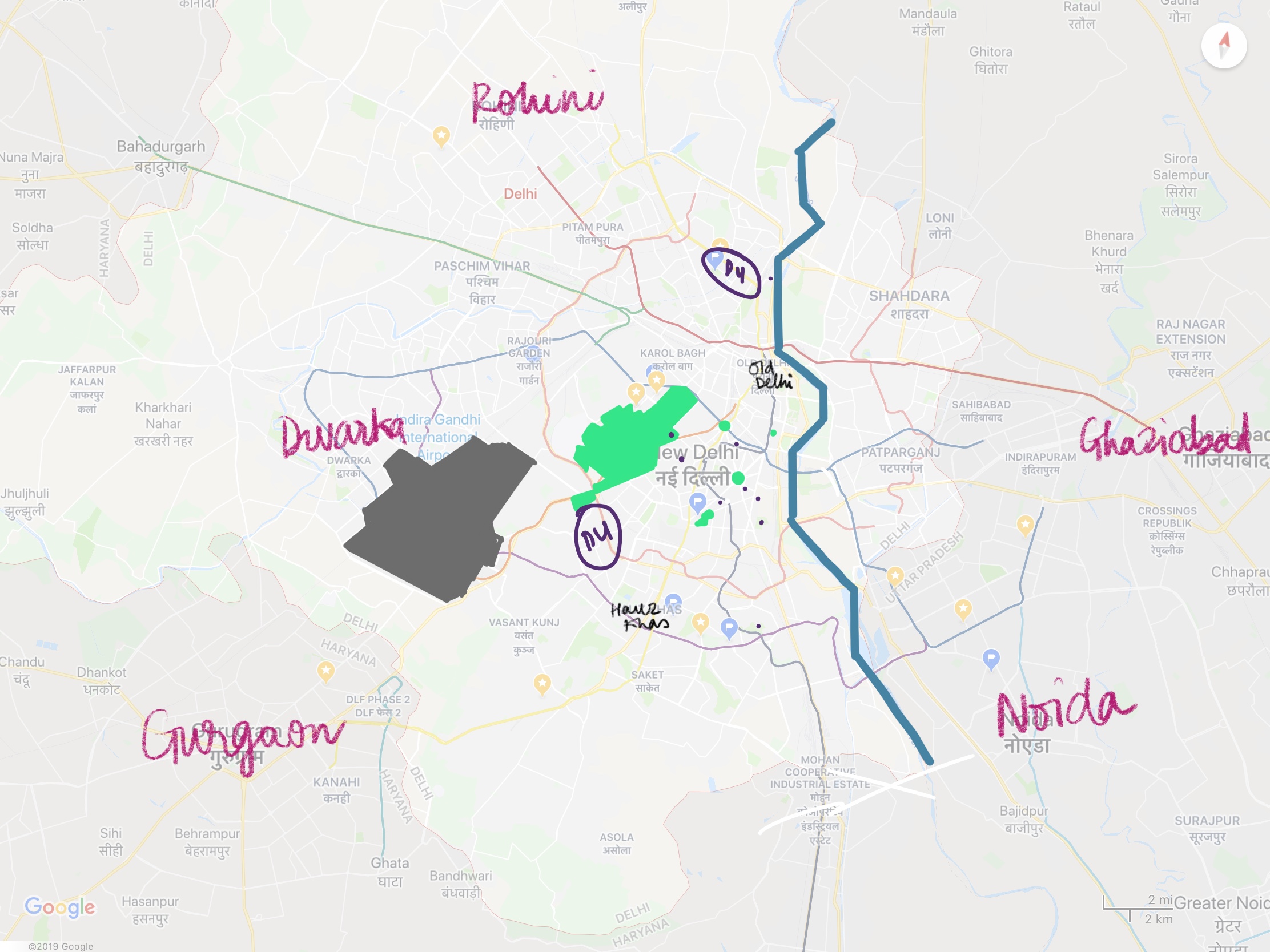 Since I mostly use the metro to get around in the city, I also decided to look at the Delhi Metro map, which is a schematic map of the various metro lines in the city. 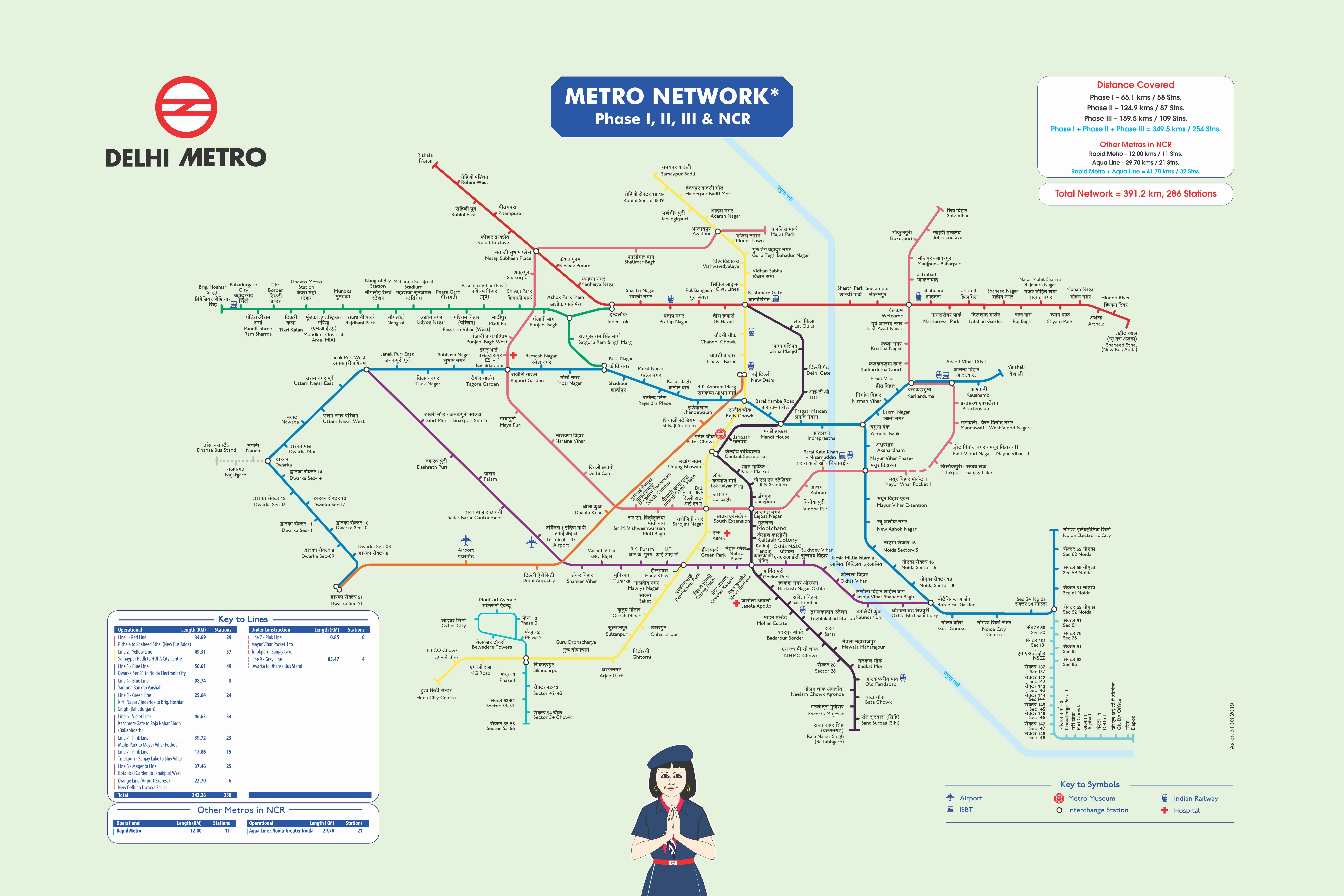 Using this combined information, I took this into Sketch, and started tracing areas using only 45 or 90 degree lines. After marking some points of interest, this is what the map looks like. 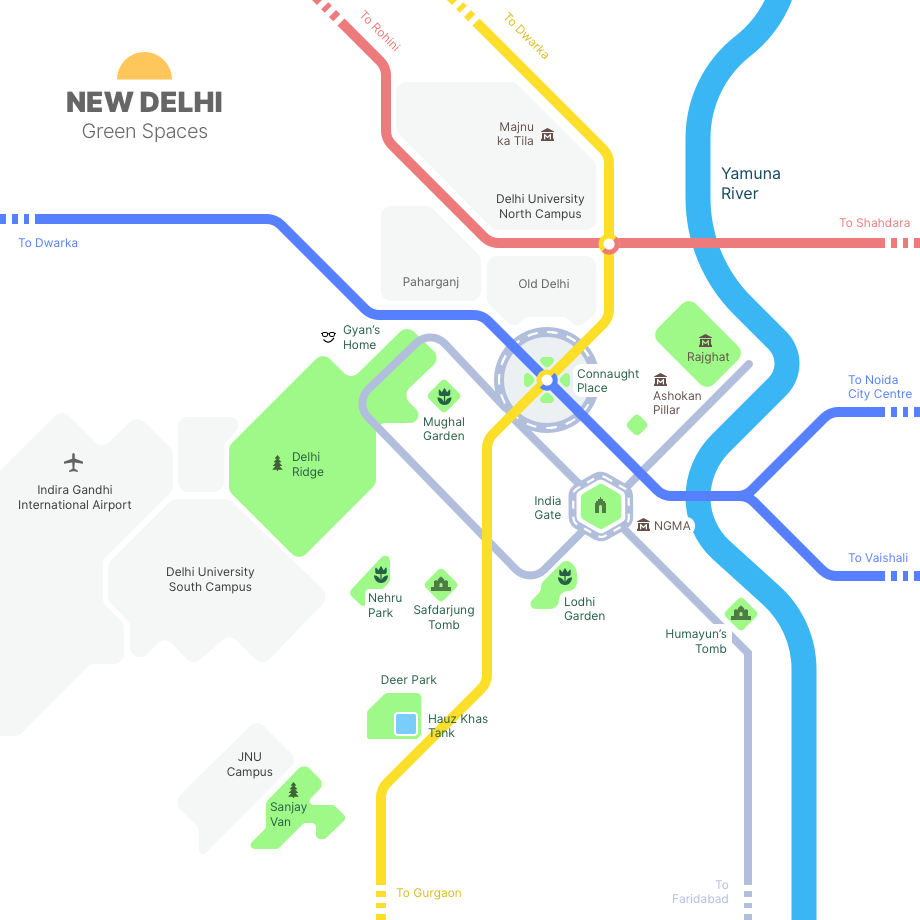 I added the pink line and a few more places of interest. 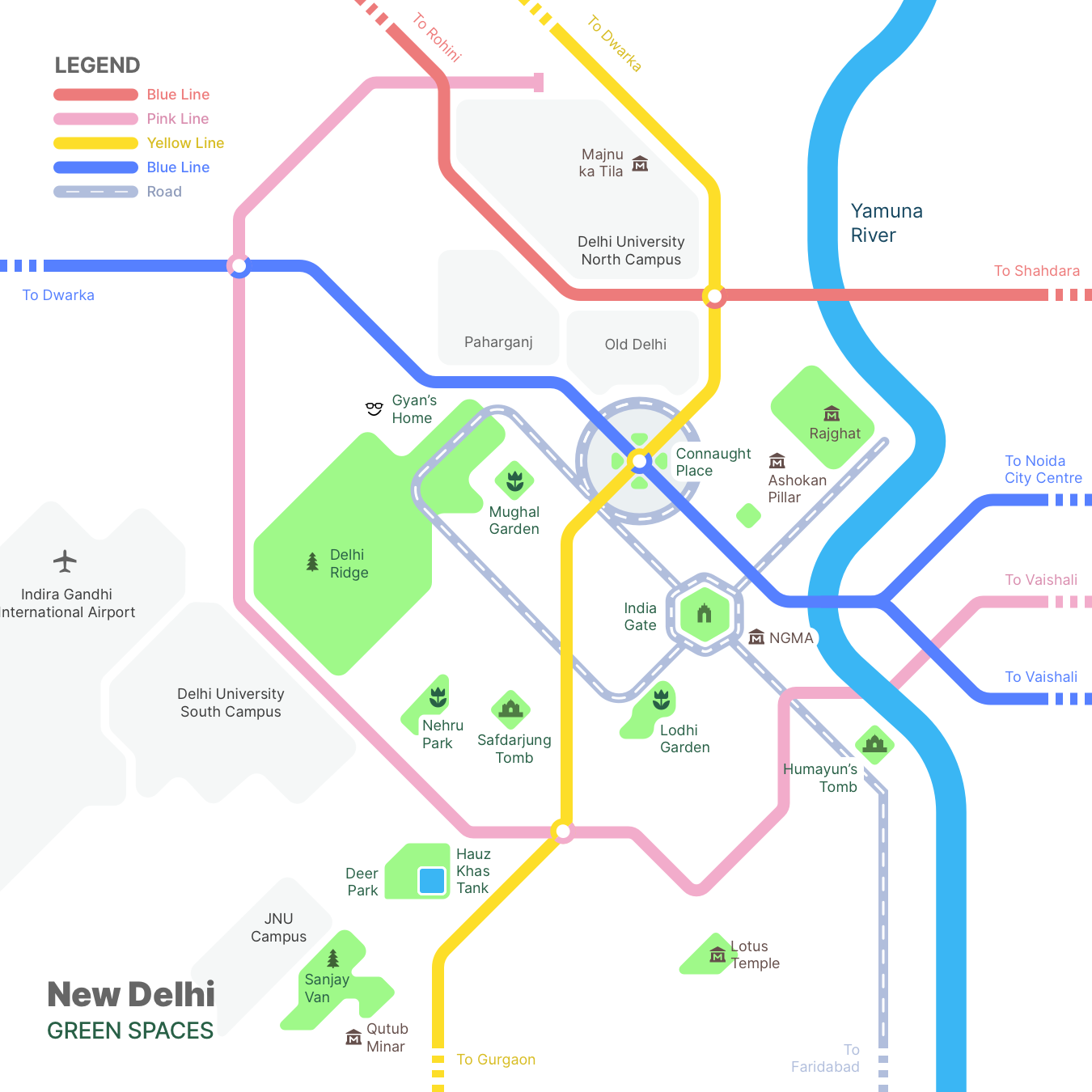