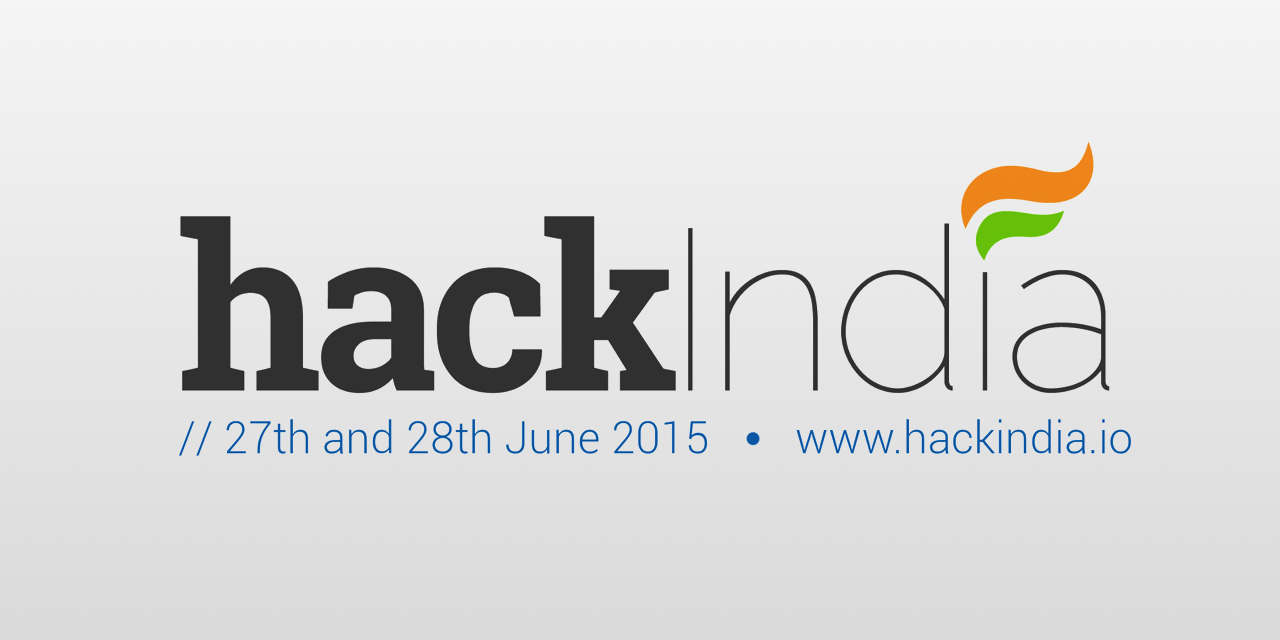 The original website is no longer up, but there is an archive of the submissions at https://hackindia.devpost.com/

HackIndia was India’s first large scale hackathon for students, organised by students. It brought together India’s makers, designers, hackers and creators for a weekend of building cool things.

As India’s first student organised hackathon, the focus for the branding was the saffron and green from the Indian flag. The HackIndia wordmark also featured a flag over the i, which formed the centerpiece of the branding.

HackIndia took place at a time when hackathons were only just starting to catch on in India, and there were still a lot of negative connotations associated with “hacking”. As a result, the branding was designed to look as friendly as possible, and a lot of effort was put into making people aware of the concept of hackathons. 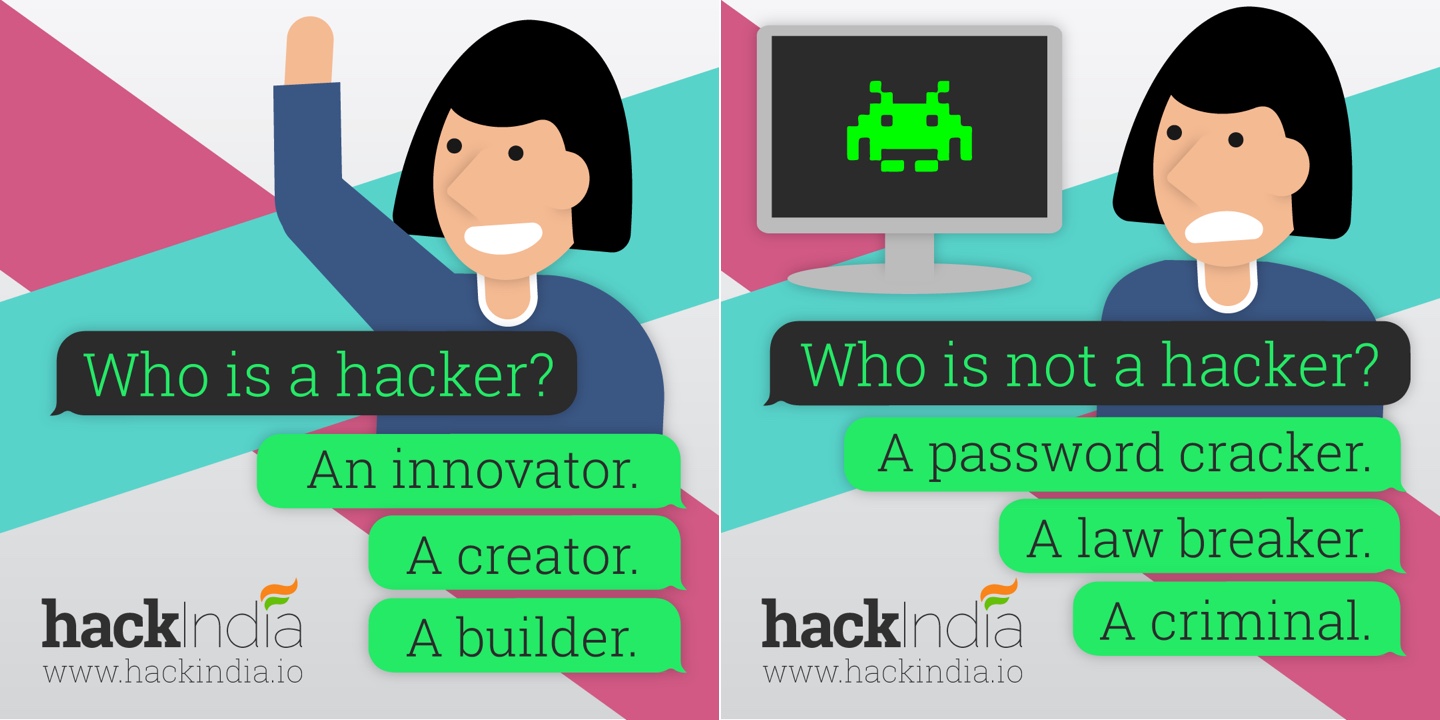 A personal attempt to defeat the brogrammer stereotype. 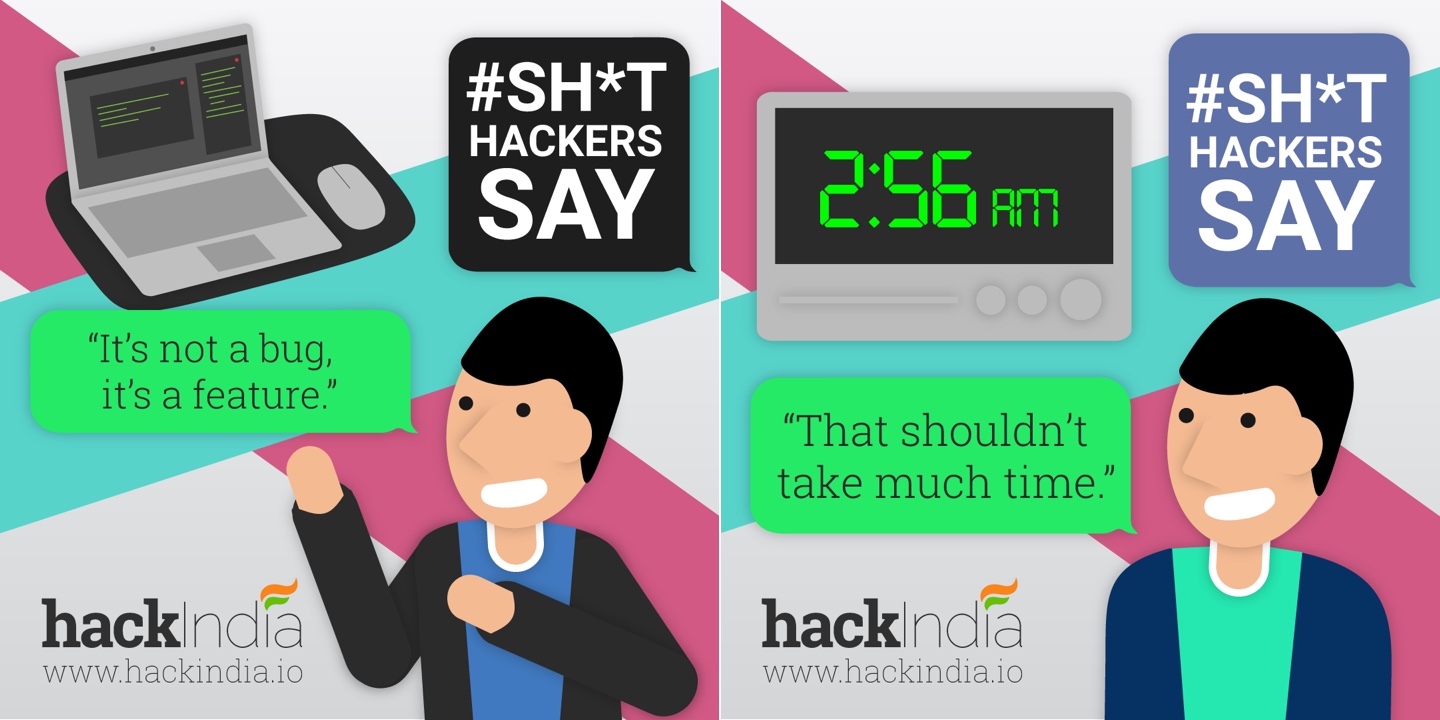 Kids were signing up, so we kept things PG-13. 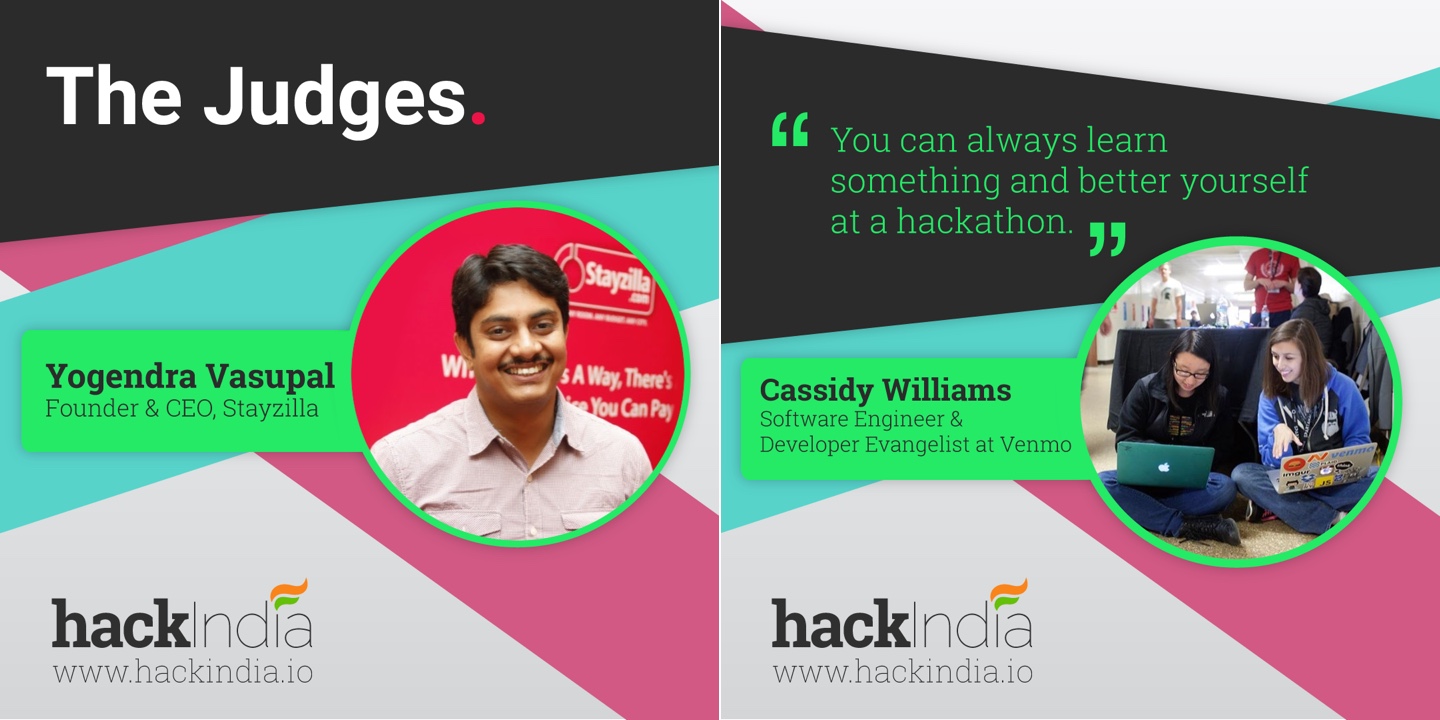 All of the social media posts were designed around the same template so they looked like a cohesive part of the design. 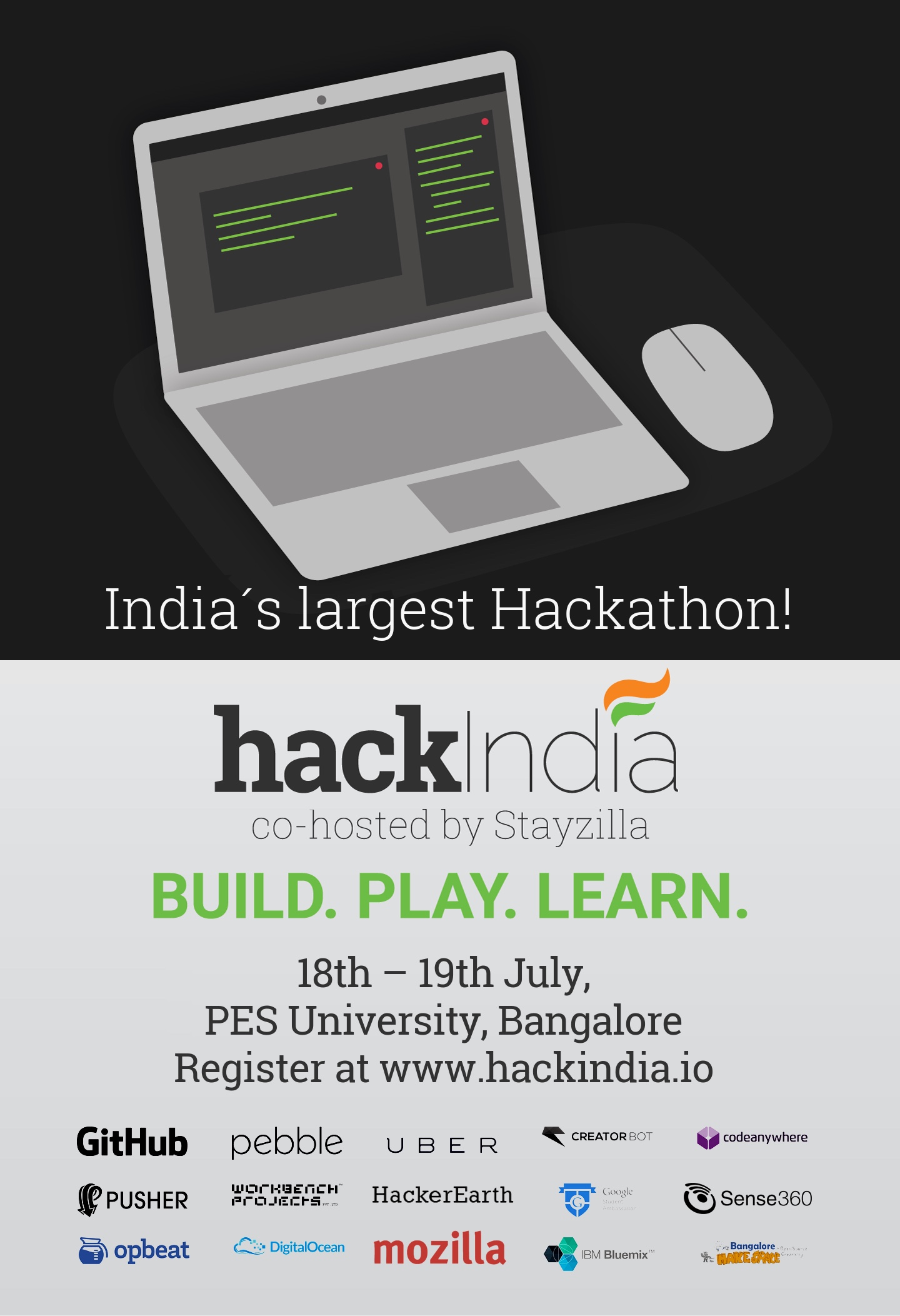 Print poster for the event. 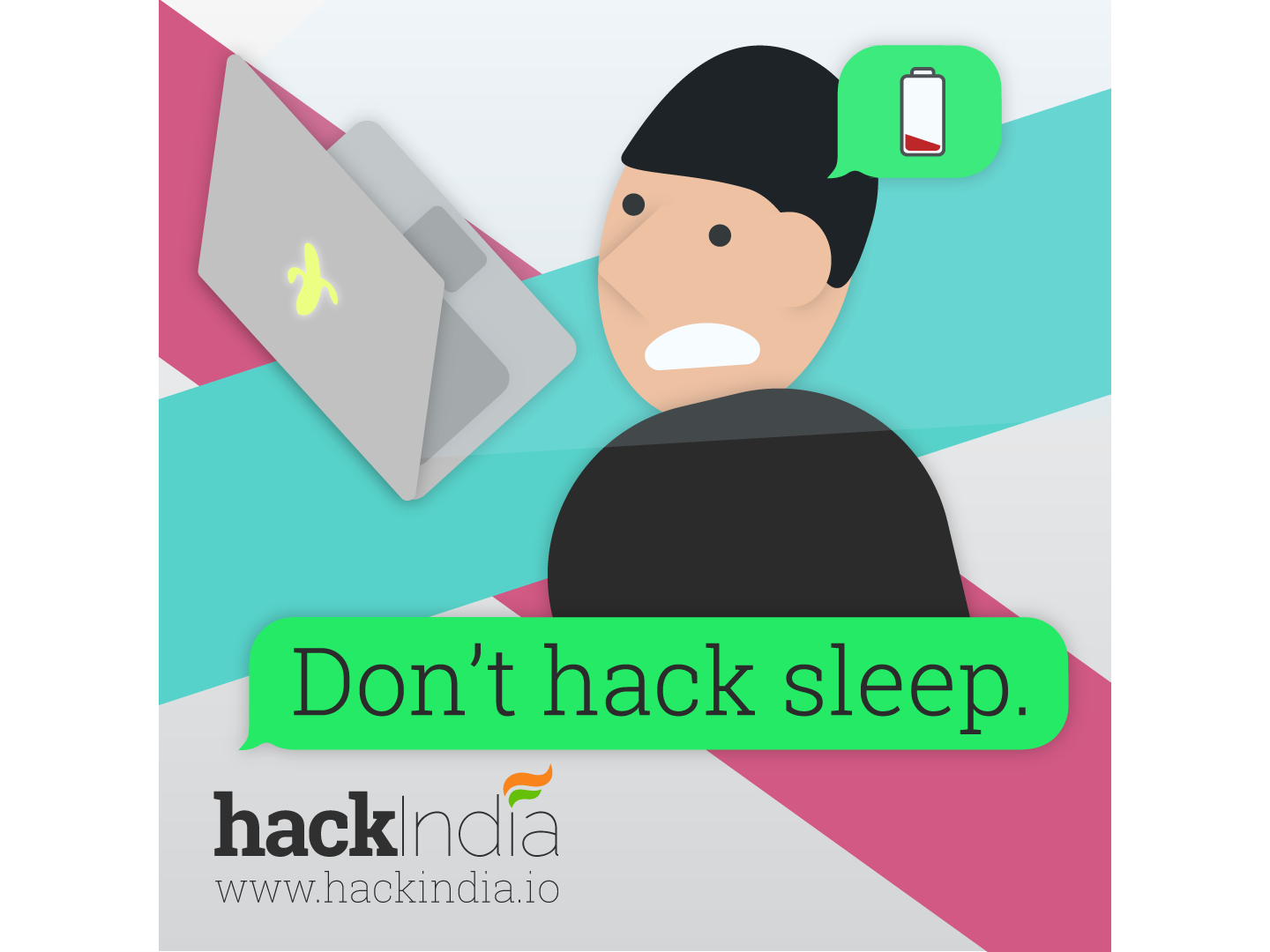 My personal favorite : a graphic for an announcement about the nap area at the hackathon.

At HackIndia 2015, we brought together some of the nation’s best artists, designers, creators, inventors and leaders of tomorrow. It was a pretty successful event (some organisational mishaps aside) and everyone took away a lot from the event.