January 2020 started with news articles massive bush fires that had been raging in Australia. I remember looking at photos and the word ‘apocalyptic’ came to mind. If you’re the sort of person who believes in omens, this looked like one. Things mostly just went downhill from there. We had protests about the CAA/NRC at the beginning of the year, a pandemic in March, locust attacks in June, riots in the US, and the word unprecedented being thrown around all the time. Still, we got through the year, vaccines were developed, people persevered, and we’re now in 2021 where I’m really, really hoping things will start getting better.

Things that happened in 2020

I started my final semester in January trying to pick a final semester project, and preparing myself for the end of my two years at IDC. I had learned a lot, made some great friends, and learned about 12 different answers to the question “What is design?”.

It was a bittersweet time, and I was preparing myself for a series of lasts. The last group project. The last all nighter in the Interaction Design studio. The last midnight walk on campus. We were living in the good old days. 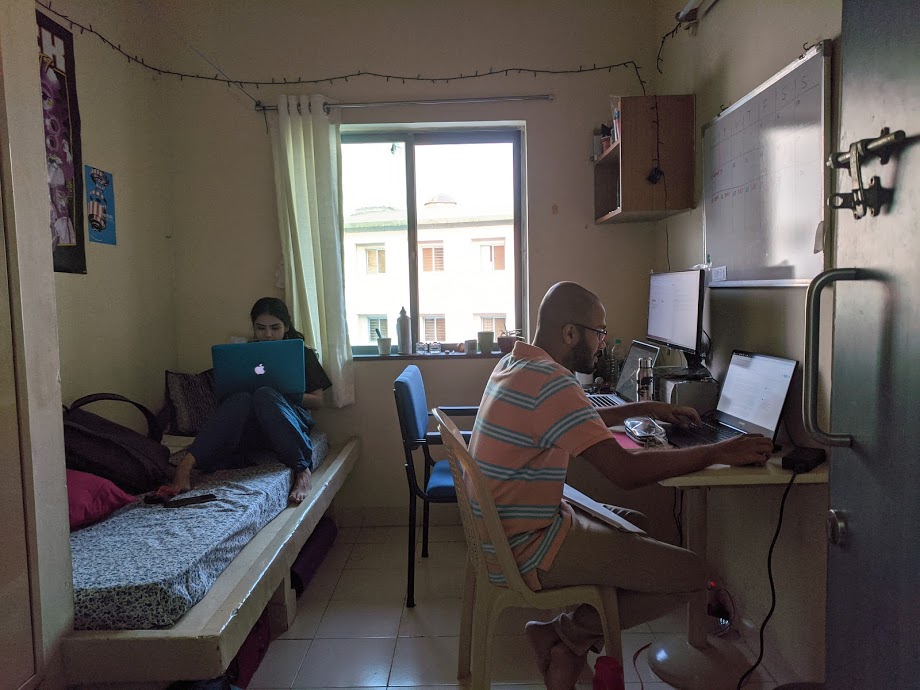 My friends Rishi and Niharika in my hostel room in better times.

Moving back to Delhi

The IIT Bombay campus was shut down in mid-March and I came back to Delhi with just some clothes and my laptop, expecting that campus would reopen in a few weeks. It didn’t, and I got my life’s belongings shipped to me in a cardboard box a few months later. I had been away from home for a year and a half, and it took some time to get used to living at home again. However, I’ve been grateful to have my family around me this year.

I graduated from the Interaction Design program at IDC School of Design in June. My final semester project was a concept for crowdsourced reporting and factchecking tool for misinformation on social media (especially WhatsApp) after looking at just how much fake news and propaganda was spreading through the internet about CAA/NRC, COVID-19 and other issues. 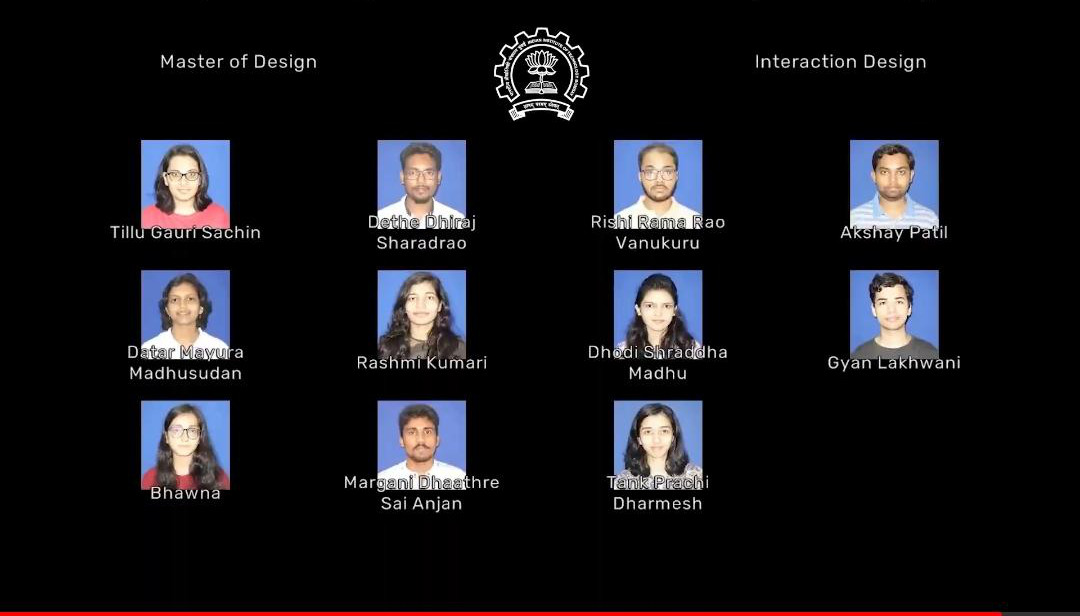 My classmates and I watched ourselves graduate on a Youtube stream.

I started a job as a UX Designer at Microsoft working on Voice experiences for mobile devices.

After a couple years of doing freelance projects from my bedroom, I figured it was time to get a job and so I am now joining Microsoft as a UX Designer (from my bedroom). pic.twitter.com/nDAXwgLcq7

It has been an interesting experience to design for voice—patterns for visual design in apps are quite well defined, but voice interactions are newer, and user expectations are more amorphous. So far I have worked on Read Aloud, a text-to-speech feature for Word and transcription in Office.

I was featured on the Whiteboard.fm podcast, talking about starting out in design as a engineering student, finding freelance projects, studying design at IDC and more.

“Things rarely ever go according to plan. You should make a plan anyway.”

I spent most of 2020 feeling like the future was entirely out of control, and I didn’t try to be very ambitious with my plans for the year—choosing instead to do what was most urgent and taking things one day at a time. It seemed like the only sane way to deal with all the uncertainity. However, as we go into a new year in the new normal, I want to take stock of my priorities and be more mindful about what I want to focus on.

I was extremely cautious about meeting people during the pandemic, erring on the side of caution and avoiding all non-essential activities as COVID cases in Delhi kept rising. I felt that I should do my part by being staying at home as someone in the priviliged position of having a job where working from home was feasible. Things seem to be getting better now, and I want to get over the paranoia I have developed about stepping out of my house (at least for lower risk activities like taking walks).

Working from home during the pandemic lead to a level of screen fatigue that I had not experienced before. I set up a desk with a monitor at eye level at the proper distance which helped a little, but I did most of my work online, including user interviews, brainstorming sessions, presentations and meetings which might have otherwise happened in person. I was also doing occasional video calls with friends, attending Zoom conferences, and playing a lot of Valorant. It helped pass the time, but it put a strain on my eyes and I want to try and do things that don’t require staring at screens as much.

When I finished school, I found myself quite lost about what I wanted to do with my life, and studied IT Engineering for 4 years because I had to do something. Discovering UI/UX design and teaching myself about it through the internet was a long and meandering process, and I was helped tremendously by people who offered advice and pointed me in the right direction along the way. After going to IDC, I’ve had a number of people reach out to me with questions about getting into design, finding freelance work, internships and jobs, applying to design schools and feedback on projects. I try my best to answer every email and message I get, and while I still feel relatively new in the field, I try my best to share what I do know with anyone who asks and use this website to document my answers for some of the most common questions.

I realised at my time at IDC that I really like teaching people—as a teaching assistant I taught sessions about web design, typography and research methods. I’m not entirely sure how I want to act on this yet, but maybe this is something I will pursue some years down the line.

I did a lot of academic reading and writing in college, and I have tried since to start reading for pleasure again. I have had some moderate success in this regard (thanks in part to the No.1 Book Club of IDC) and I want to use all the books I bought recently for something other than propping up my monitor. I have also tried to write about my experiences and questions that people ask me about design on this blog, and I want to continue the seemingly endless task of properly documenting all of my projects.

I had lived in Delhi all my life before I moved to Bombay for college, so I had never really viewed the extreme temperatures and pollution in Delhi as anything more than an unavoidable inconvenience. Now that I know that moving to another city is an option, I don’t want to be miserable November-January and May-July every year if I can help it. I also want to be able to design my own living and working space, which has been hard while sharing a room with my brother. If all goes well this year (fingers crossed for no alien invasions), I want to move out and live on my own for a while.